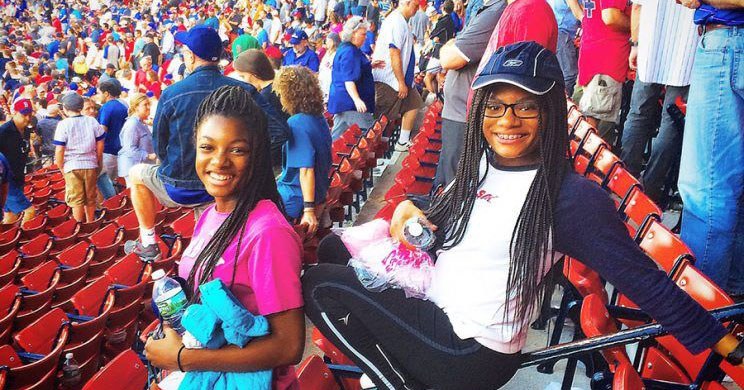 This time, a charter school in Massachusetts has apparently singled out black girls who wear their hair in braids and told them to remove them.

Twin students Maya and Deanna Cook, African-American sophomores at Mystic Valley Regional Charter School, were reportedly kicked off of sports teams and denied access to prom so long as their hair were in Braids. 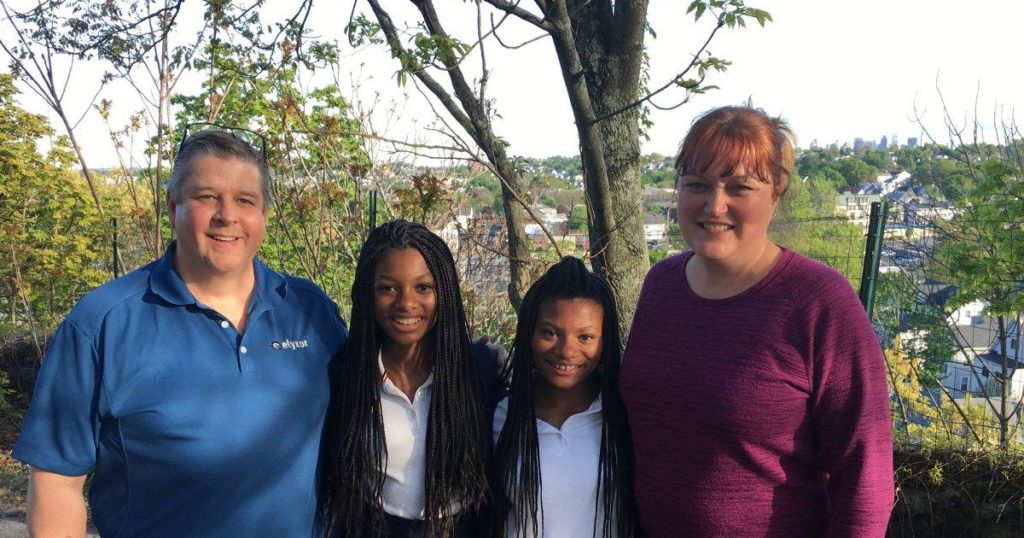 According to the girls’ adoptive mom, Colleen Cook, school officials told the girls to take out their Braids claiming it violates uniform code and a policy of prohibiting kids from wearing anything that might make kids who cannot afford the same feel inadequate.

The strict dress code prevents students from wearing their hair in any unnatural way, which includes braids.

“We told them there’s nothing wrong with their hair the way it is. Their hair is beautiful, there’s no correcting that needs to be done,” Colleen Cook said, adding that the hair policy seems to target only students of color, who wear their hair in braids or extensions reflecting their African-American culture.

Katherine Clark, a rep for the 5th District tweeted support for the girls and shock at the policy which is consistent with a history of punishing children of color at a higher rate.

I'm deeply troubled by reports of black girls being disciplined for how they wear their hair #LetGirlsLearn https://t.co/Jr0LkCYMoa 1

The dress code policy listed on the school’s website says students cannot wear “drastic or unnatural hair colors or styles such as shaved lines or shaved sides or have a hairstyle that could be distracting to other students (extra-long hair or hair more than 2 inches in thickness or height is not allowed).

Included in this ban is no coloring, dying, lightening (sun-in) or streaking of any sort. Hair extensions are not allowed. Hair elastics must be worn in the hair and not on the wrist.”

After two weeks of daily detention for refusing to take down their braids, Colleen Cook said, the girls were told they could not attend the prom and were removed from their sports teams.

Other parents at that school told a local news station that their children had also been suspended for wearing braids and that black students were singled out for a hair inspection.

“All the little black children were marched down for a hair inspection, whether they had braids or not, and asked, ‘Are those extensions, are your braids real or not?’” Colleen Cook said.

Alexander Dan, the school’s interim director, said in a statement that the dress code policy aims to serve a “diverse student population” that fosters “a culture that emphasizes education rather than style, fashion or materialism. Our policy on hair extensions, which tend to be very expensive, is consistent with, and a part of, the educational environment that we believe is so important to our students’ success.”

The Mystic Valley Regional Charter School is just one of many such schools that have come under fire for enforcing dress code policies that prohibit braids and other hairstyles representative of African-American culture.

In 2016, Butler High School in Louisville, Kentucky, was accused of implementing a racist dress code policy after it banned students from wearing dreadlocks, corn rows and braids.

The school amended the controversial hair policy following a flood of reaction from outraged parents, including state Representative Attica Scott, a Democrat, who took to social media to condemn the school.

And alas we come full circle with cultural appropriation. Black kids and adults are shamed, banned from wearing their hair ok Braids at school, called ghetto, unclean and unkempt when they wear it out and about at times and considered dangerous or a weed head too. It is not acceptable in many corporate work environments.

These are the burdens of the style that mainly black People endure.

So when a non -black person who never bore the burden neither defended those who did when given the opportunity gets praise and lauded for wearing those same styles as trendy and progressive, it is a slap in the face and stings.

I get upset when I see people trying to compare black women relaxing their hair or wearing weaves as the same thing.

For one, straight hair and blonde hair are not unique only to white peole. There are many people of other races and many black folks who have naturally straight hairs.

Second, people with straight or blonde hair never were chastised and criticized for their hair the same way black women and girls have been about their hair. In fact, it’s the opposite. Ask curly hair Or brunette white women if they never felt inferior to straight hair or blonde white some.

Black hair stigma exists hence the burden. Hence why it is a false equivalence to “white hair”.

Third, there is a difference in wearing your hair straight in order to assimilate, get and keep a job and fit in which is a necessity and wearing a style just because you think it’s cute.

It all matters and people who are willful, flippant and dismissive about the difference are uninformed.

So now they know. Hrmph! Lol