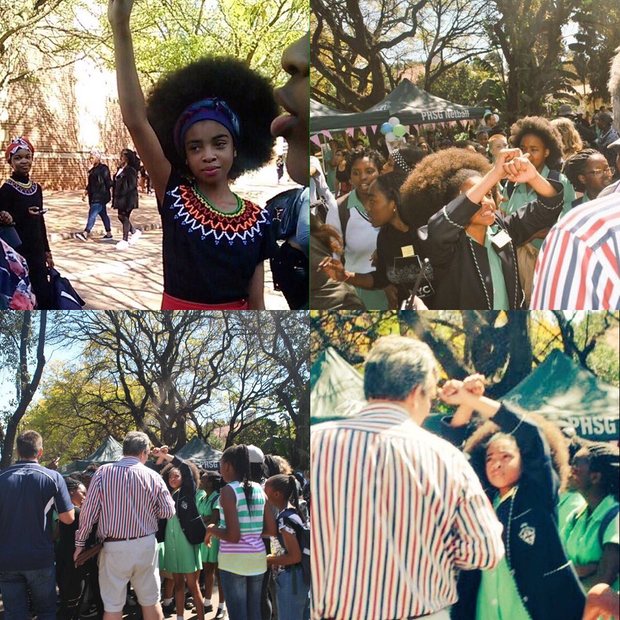 A South African school has been accused of racism for allegedly telling black girls to straighten their hair and not wear afros. Students at the prestigious Pretoria High School for girls, historically only attended by Whites, have said school officials force them to chemically straighten their hair after deeming their Afro hair as being untidy.

Over the past weekend, many students took to the streets and social media to protest. They wore their hair in afros and braids to voice anger against the alleged longstanding rule.

Politicians, like a leader in South Africa’s Economic Freedom Fighters party, accused the school of seeking “to directly suppress blackness in its aesthetics and culture”.

My daughter has an Afro. It's the only way she wears her hair. Would she not be allowed at PTA girls?

The school’s code of conduct (pdf) has a detailed list of rules about hair, but does not specifically mention the afro hairstyle, according to the BBC.

Someone on Twitter, defending grooming policies as common, shared a photo of the rules at Oprah Winfrey’s school for girls in South Africa. 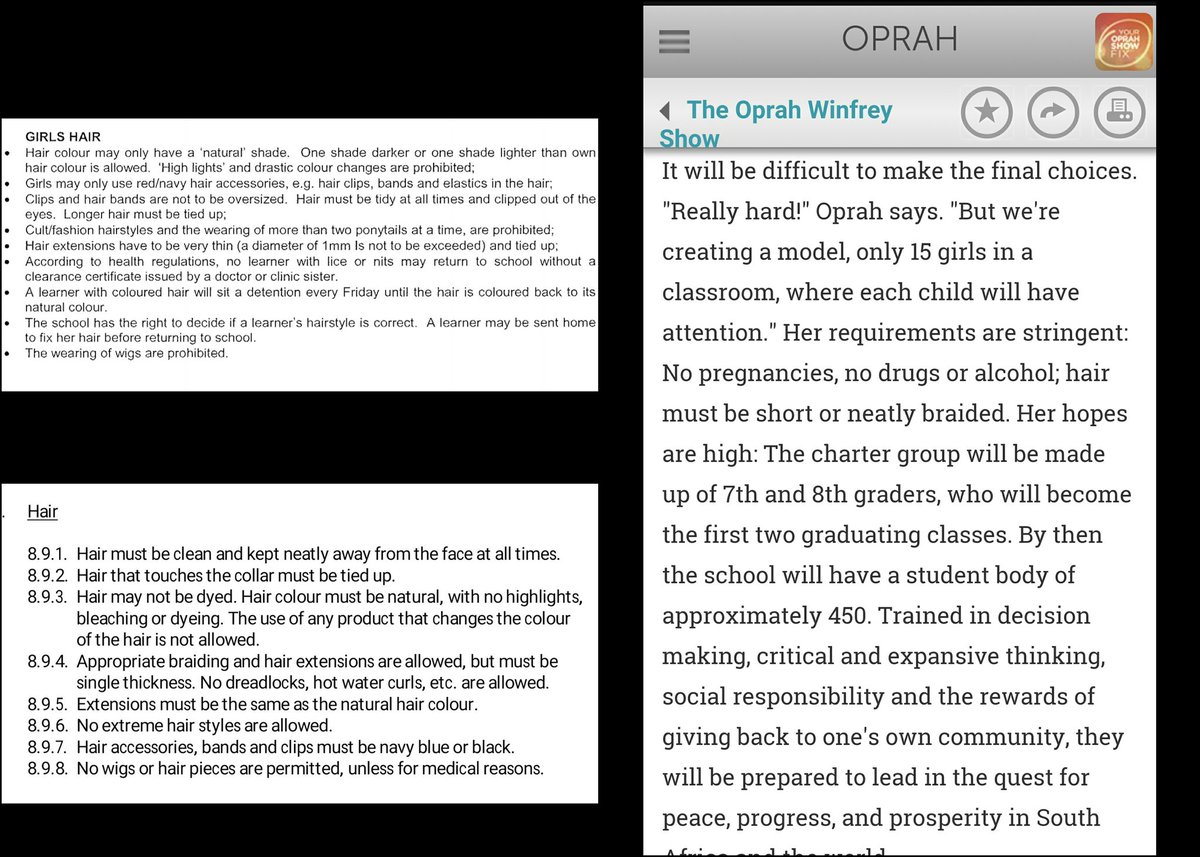 From skimming, those rules seem to permit locks, twists and braids so long as they are manicured. That is entirely different than banning them altogether, whether formally, or informally in what school administrators tell students specifically. (It’s odd that dreds are not allowed tho)

Black students at the school also alleged on social media that they were not allowed to speak ethnic languages to one other.

An online petition against the school’s alleged policy has gathered more than 31,000 signatures since it was created last Friday. The petition, titled Stop Racism at Pretoria Girls High, calls on authorities to ensure that the “school’s code of conduct does not discriminate against black and Muslim girls”.

“We are being discriminated against because of our hair. They want us to relax our hair – they want our hair to look a certain way,” an anonymous student told the PowerFM radio station.

This reminds me of another recent case in the Bahamas which sparked the ‘Support the Puff’ movement when a young girl was sent home from school for wearing an afro puff.

I’m keeping up with the developments and will update. It’s sad that there is so much anti-blackness in the world while so many are still holding onto the bits and pieces they like and declaring it fashionable for some.