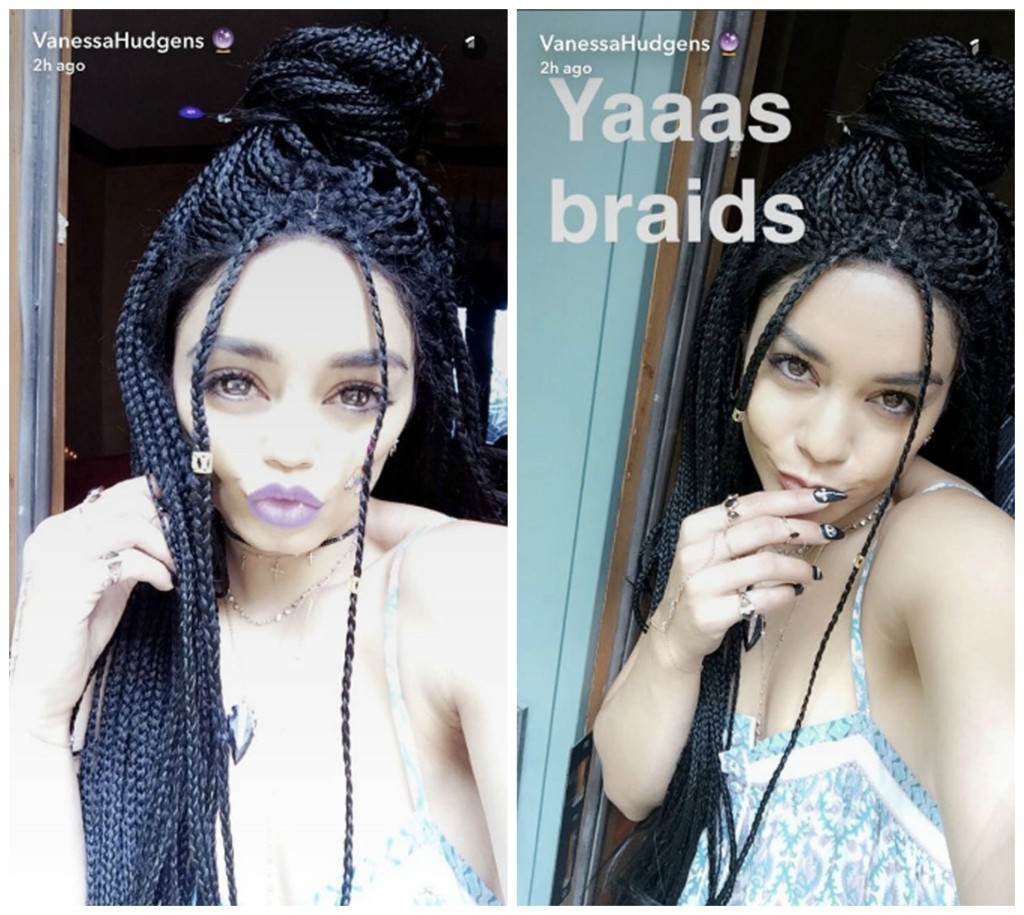 Here we go again! Another woman not of African descent is getting flak for wearing a hairstyle typical of black women and getting called a cultural appropriator.

Actress Vanessa Hudgens donned a box braids lace front or individual braids in a couple of snapchat images. The Internet was swift to come for her and call her out.

Hudgens, known best for her role on High School Musical, is also notorious for rocking her Bohemian style which also inovolves remixing sacred and traditional Native garb into fashion pieces. She was already called out a few times for her wearing a Native American headdress to a music festival and a traditional dream catcher as a hair accessory…and dressing like a Native woman when it wasn’t even Halloween! 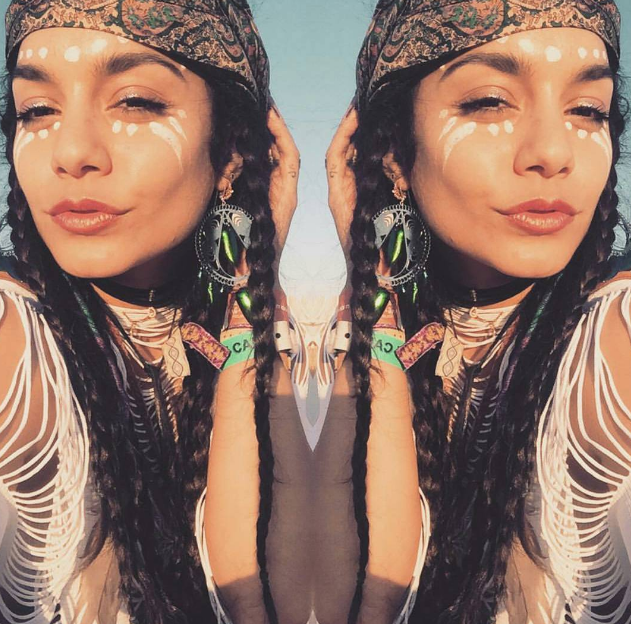 As can be expected, there will be people defending her who will point out that black women wear weaves, dye their hair blonde or relax the kink out of their hair to loosen their natureal curl pattern to achieve a more European or Caucasian look to their hair.

They would say that black women have no right to complain when they wear their hair like “white women” and they don’t get accused of cultural appropriation. They will ask, “what’s the big deal? You guys do it too!”

But it’s not that simple.

I recently tried to explain why people traditionally get upset over it. Many expect so much from non-black women wearing traditional ethnic hair, partially because when they wear that same type of hair it isn’t praised by mainstream but rejected, yet heralded, praised and modeled after by teenie boppers when worn by a non-black celebrity.

I covered it a bit in another blog post I did on another site you can read HeRE!

Second, there is a differential with the two groups when it comes to choice. Because of assimilation, black women have been forced to reject their own kinkier, afro or thick textured hair as it grows out of their scalp. It’s been called Afrocentric, unprofessional, unkempt and unacceptable. If not for wanting to keep a job, rise in the ranks or not be seen as a militant, some would continue to wear their natural hair and not straighten it. But they gotta feed their families and climb that corporate ladder too.

Third, overtime, after getting repeated messages about your hair being “not good”, of course, you’d prefer another type of hair. Cultural conditioning is a hell of a thing in that in can convince an entire culture to reject their looks and hair.

Fourth, there is nothing wrong with being versatile and for many, relaxing one’s hair makes it easier and less time consuming to manage. Natural hair can need a lot of extra TLC to keep those beautiful locks looking fabu! And wearing one’s hair in a relaxed or straighter curl pattern is not automatically equivalent to anything.

Some people, like me, just like experimenting with different colors, textures, styles and love having options and switching it up!

But for this Vanessa story, I’m still like, meh. Not sure it’s that deep, but I know many will disagree with me.