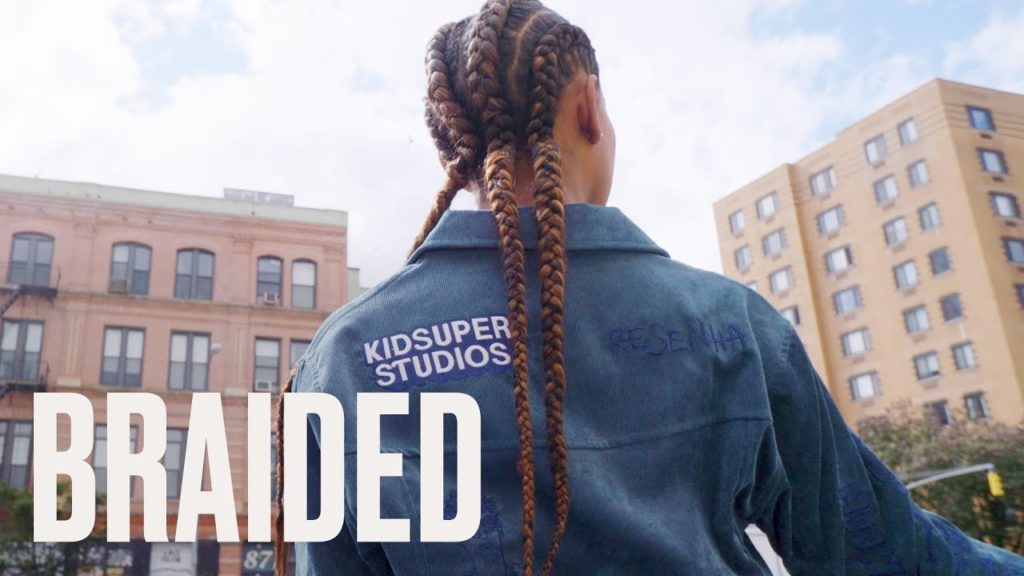 In 2017, Elle magazine commissioned a documentary called “Braided” that goes into the unique history of braided hair in America down to recent discussions about cultural appropriation as non-black women have begun to don the style once called “ghetto” and “unprofessional” when worn on black women, only to make the fashion industry and society change their minds and deep the hairstyle hip and cool.

I’m not sure how much hype or attention it got considering the likes of actress Lupita Nyong’o, rapper Young M.A., author Ayana Bird and celebrity stylist Vernon François were featured in it but the documentary recently became available to rent on Amazon Prime video and it caught my attention.

When it first was released, Bird penned a piece introducing it in Elle. Here is a snippet:

Women in cornrows did not appear in fashion magazines for most of the last century. The first time a cornrowed style was seen on television was 1962, worn by actress and How to Get Away with Murder star Cicely Tyson in the CBS series, East Side, West Side. And when Black women with braids weren’t being ignored, they were being discriminated against. Women have sued after being fired from tourism and customer service jobs because their cornrowed styles were said to be “unkempt” or “unprofessional” and in violation of appearance codes. There was Renee Rogers (fired from American Airlines), Pamela Mitchell (Marriott Hotels), Cheryl Tatum (Hyatt hotel), and so many others that the Hotel and Restaurant Union declared cornrows on the job a “workers’ rights issue.”

Then, suddenly…Bo Derek. As a new actress, she landed a 10-minute role in the movie 10. Derek wanted her screen time to be unforgettable, so she got her hair cornrowed to look like the Black women she saw at her Los Angeles supermarket. In 1979, 10 was released and the image of Derek’s blond, beaded cornrows hanging down her back became iconic. Suddenly, braids weren’t only cool, they were Beverly Hills, with salons opening in the neighborhood and charging white women 500 dollars for “Bo Braids.”

It did not stop with Bo Derek. In recent years, we’ve seen Katy Perry, Christina Aguilera, Cara Delevingne, Kylie Jenner, and Kim Kardashian. There is also Khloe Kardashian, who once wore cornrows and asked Scott Disick if he liked her “ghetto braids.” These women have worn braids, and were heralded as trendsetters introducing a style, as if it hadn’t already been seen on the heads of celebrities from Zoe Kravitz to Yara Shahidi to Sasha Obama. And because popular culture apparently isn’t eager to associate a hairstyle seen on E! TV with plantations and slavery, we now have to endure the style being called boxer braids after women UFC boxers who wear them. With a little alliteration, it’s all trend, no