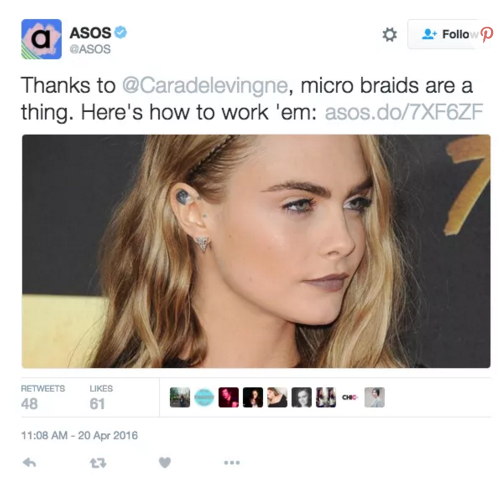 A few things to point out.

First, it was not a micro braid, which is really an individual lock of braided hair that is not intertwined into a track as in Delevingne’s hair, but it is a tiny cornrow/canerow.

Second, while Ms. Delevingne might have made them “a thing” in mainstream fashion, it is certainly not new or trendy among thousands of ethnic girls and women of color who have worn that style and size of braided hair for decades if not centuries.

It is reminiscent of the time, recently, when magazines only credited boxers or Dutch people for the cornrows Kim Kardashian and female boxers wear in their hair and totally ignore the fact that they have been worn by black women and in hip hop culture for a long while. 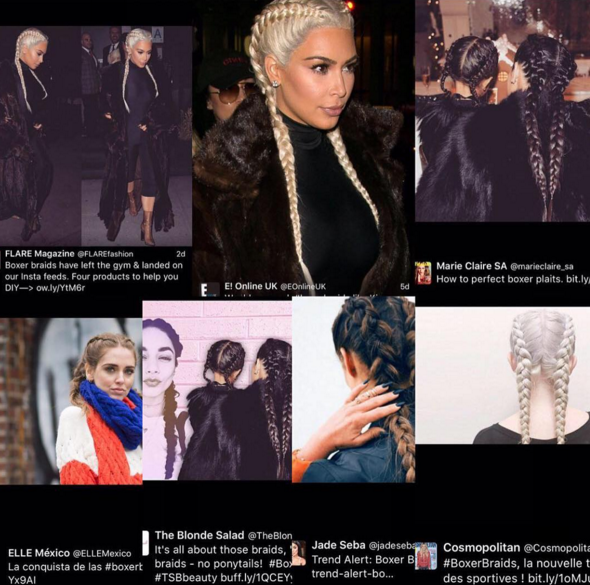 I blogged about the whole #BoldBraids fiasco with Kendall Jenner back in 2014.

All in all, it appears that the fashion industry’s recent embrace of cornrows and braids are not just an element of erasure and smacks a bit of cultural appropriation, but it is also a privileged response to style given that the style when worn on the heads of black people is seen as unprofessional, street, ghetto and thuggish.

The burden of such a hair style would prohibit someone from getting or maintaining a job or some other coveted title.

I think even if I worked in the beauty industry, Cara’s braids, worn by me would not be seen as edgy and hip and chic but just typical and expected.

It’s a sad double standard…but c’est la vie. Such is the history of inequity in the beauty industry and culture in this world, and in particular, America.