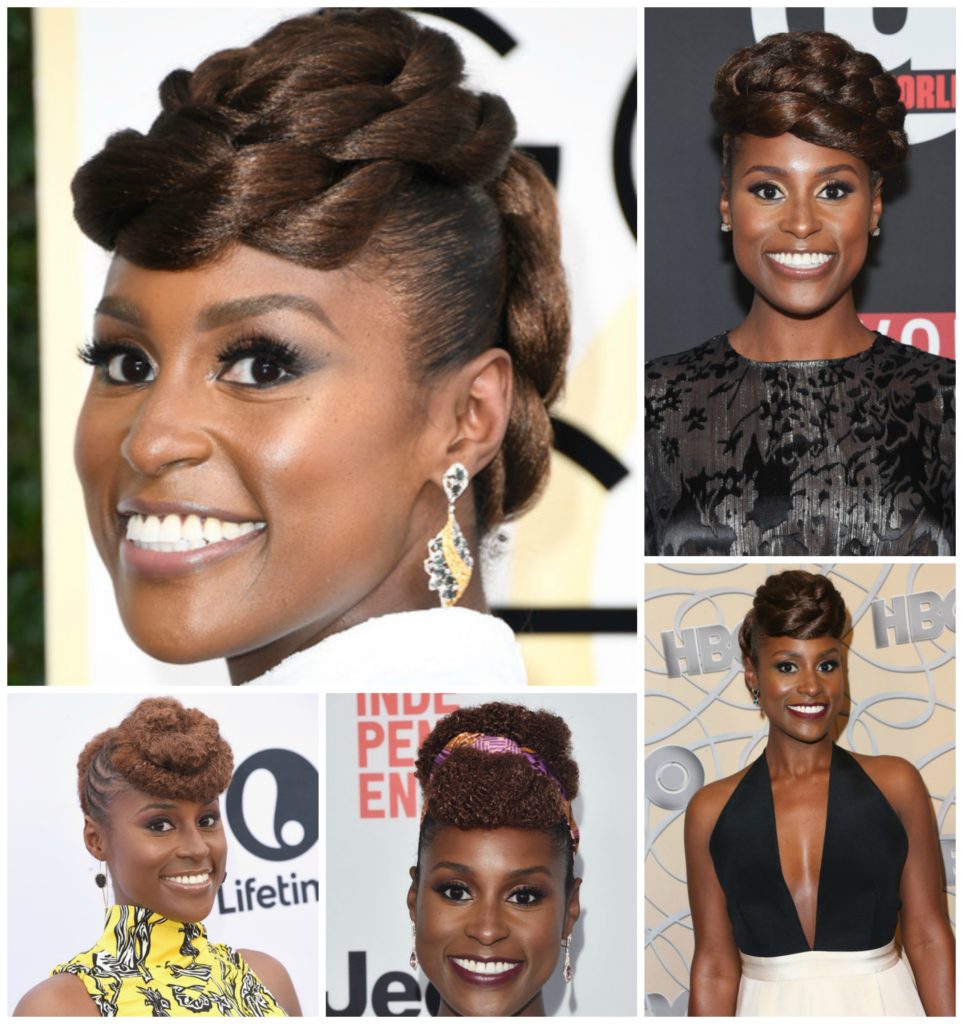 Some of us know actress, comedienne and producer Issa Rae from her very popular YouTube series “Misadventures of an Awkward Black Girl“. Some of us know that before landing her hit HBO scripted series “Insecure“, she had turned down a few lucrative Hollywood offers because they limited her control and changed her vision a little too much for her taste. Well when your father is a doctor with a successful pediatric practice and you grew up in the very posh and upscale neighborhood of Potomac, Maryland (which has its own Real Housewives franchise), then you might have a little more options.

Still, it takes guts to stand up to your principles and demand creative control.

Since “Awkward”, more have gotten to know and fall in love with the raspy-voice Senegalese-American beauty and brains behind the show for which she earned her first Golden Globe nomination this year for Best Performance by an Actress in a Television Series – Musical or Comedy.

That is an amazing and historic feat for a star of a brand new show out the box and for one which she writes and co-produces.

The Stanford University graduate’s broad fan base, including us at JJBraids, were in awe of her gorgeous and uber glam look on the red carpet and very proud that she has stayed true to natural and braided styles for her entire career. 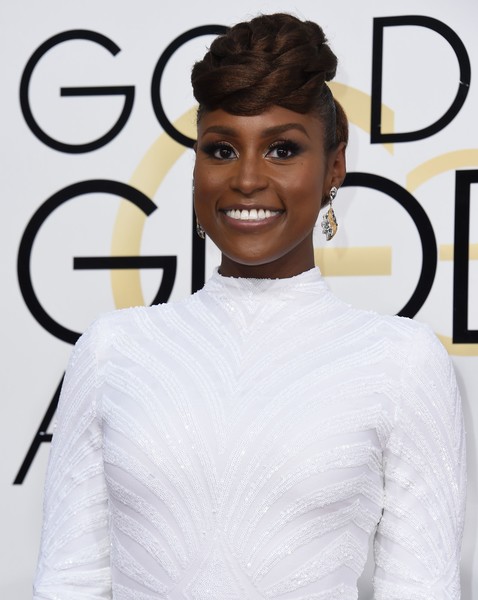 She rocked a braided pompadour with her white figure hugging Christian Siriano dress.  And later at the HBO after party at Circa 55 Restaurant on January 8 in Beverly Hills, California in a custom Juan Carlos Obando jumpsuit. 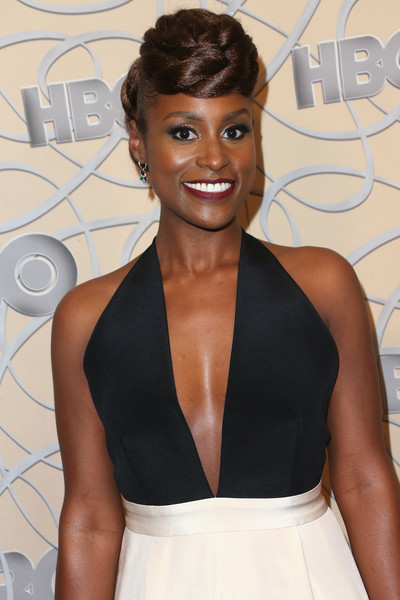 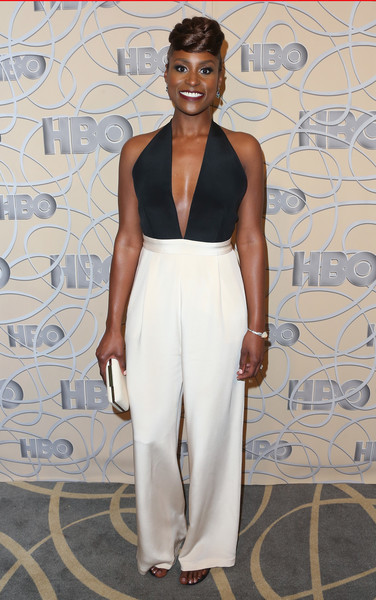 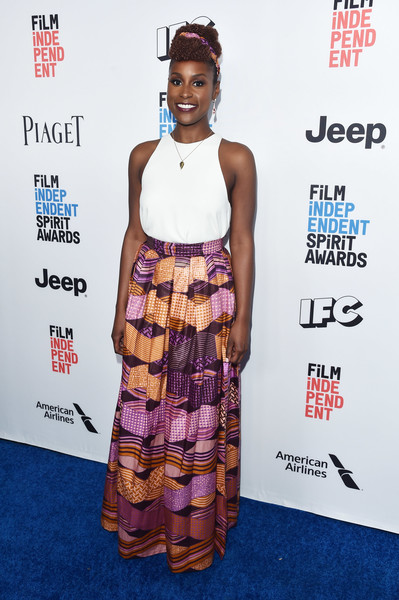 That Saturday before the show, she embraced her African roots in an Ankara skirt while attending the 2017 Film Independent Filmmaker Grant and Spirit Award Nominees Brunch at BOA Steakhouse on January 7 in West Hollywood, California. Because, when you’re a nominee, you get invited to all the parties and event. 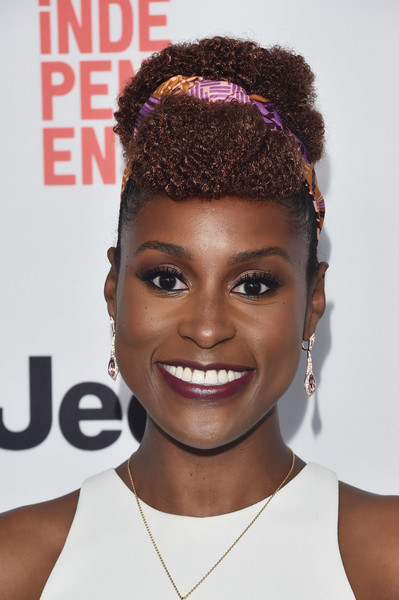 I was digging the 40s style hair reminiscent of Andra Day as well. 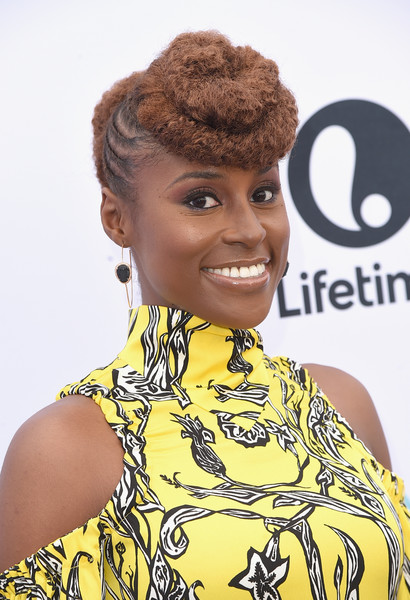 And her stylist added flat twists to the side which paired great with her sunny Ellery print dress she wore at  The Hollywood Reporter‘s Annual Women in Entertainment Breakfast in Los Angeles at Milk Studios on December 7, 2016 in Hollywood, California. 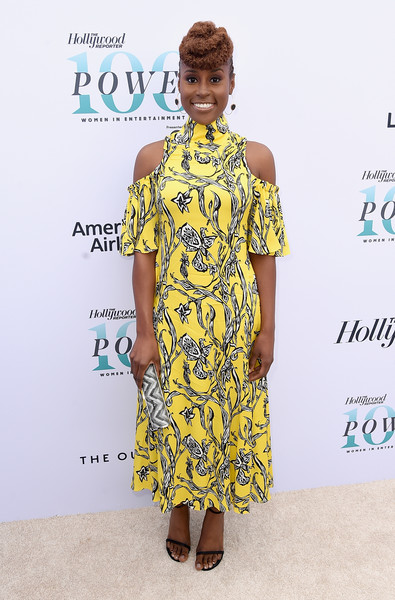 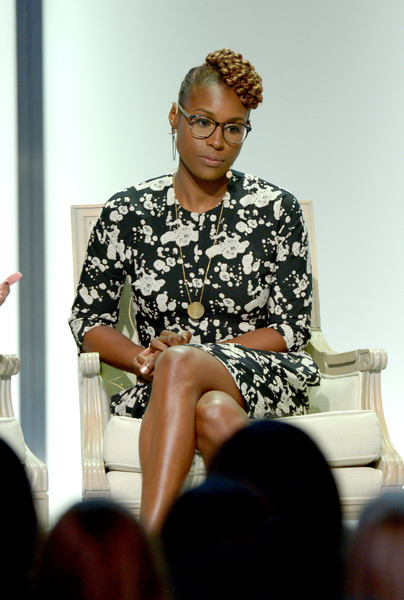 It was all business while educating and schooling the audience onstage at Glamour Women Of The Year 2016 LIVE Summit at NeueHouse Hollywood on November 14, 2016 in Los Angeles, California. 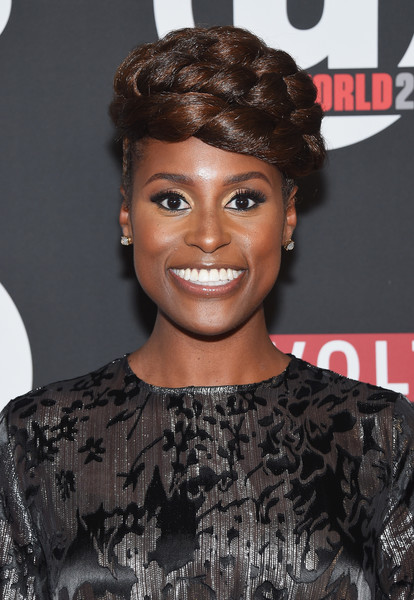 We even dug the oversized braided crown that topped her flawless look when she attended the 20th annual Urbanworld Film Festival – “Insecure” Screening at AMC Empire 25 theater on September 23, 2016 in New York City.

Thanks, Issa for being such a wonderful Braid Ambassador!