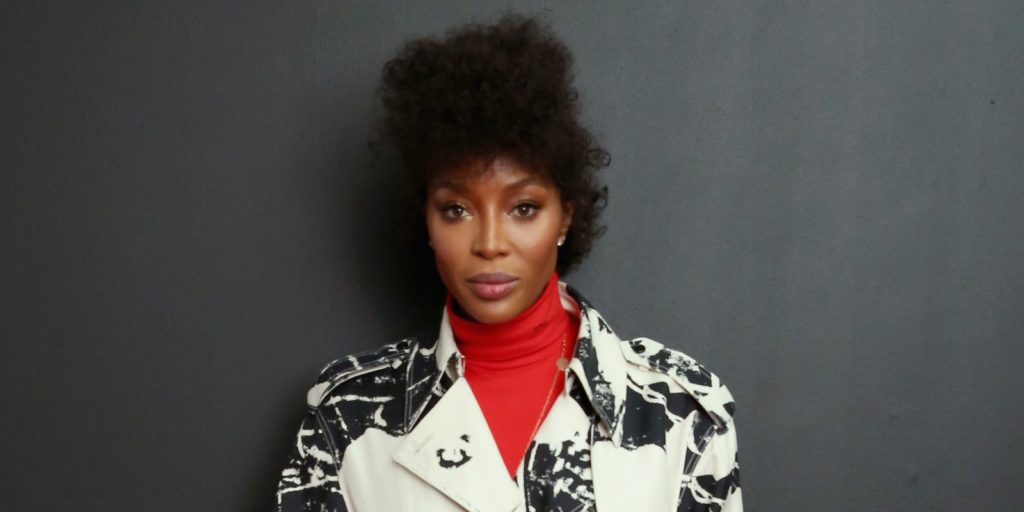 When Supermodel Naomi Campbell went to Kenya for the Holidays this year, she decided to do a first: publish a photograph of herself in her own natural hair, cornrowed from the front of her temples to her nape of her neck.

“Bare it all. ?? done in Kenya ??#NAOMIAFRICA,” she captioned the photo of her au natural look which garnered lots of positive comments and subsequent news articles.

While the 48-year old has previously shared that years of wearing wigs, weaves, and various styles for modeling gigs has left her with a lot of long-lasting hair damage, she never went this bold before and that’s why it was such a big deal.

But she is part of the trend, or moreso a cultural shift.  In the next two years, by 2020, black spending on hair relaxers will be the smallest it has been in the market that was estimated to be $2.5 billion in 2016.

According to  research firm Mintel, natural hair is more mainstream than ever.  It estimates that 71% of black adults in the U.S. wore their hair naturally at least once in 2016 and black spending on relaxers fell 30.8% between 2011 and 2016.

Hair relaxers were once very commonplace among African American women, who regularly reapplied the lotion-like product to their roots every two to eight weeks. The treatment can cost $100 a month, and those repeat visits add up. In 2009, $200 million was spent on hair relaxers aimed at black consumers. But that figure dropped to $148 million in 2013, the most recent year available, according to consumer research group Mintel. It expects hair relaxer sales numbers to drop to $72 million by 2019. This trend comes despite growth in market value of hair products for black consumers, which was worth an estimated $774 million in 2013, a 12 percent increase since 2009.

I was listening to Lisa Price, founder of Carol’s Daughter hair care products on Luvvie Ajayai‘s podcast yesterday and she credited  the rise of the natural hair movement to Chris Rock’s documentary that traced weave and black hair market for essentially killing the relaxers industry and black beauty and hair bloggers/vloggers on YouTube showcasing natural and more holistic alternatives to putting a product on the hair that can dissolve a coke can! (Remember that scene! eek! WATCH IT HERE!)

It was an interesting listening also for the business advice and other insight’s about Price. Listen HERE!

But as writer Chastity Pugh wrote for Buzzfeed a little while ago, relaxer wearers are still out here unapologetic though they’re being shamed into the closet, Pugh asserts.