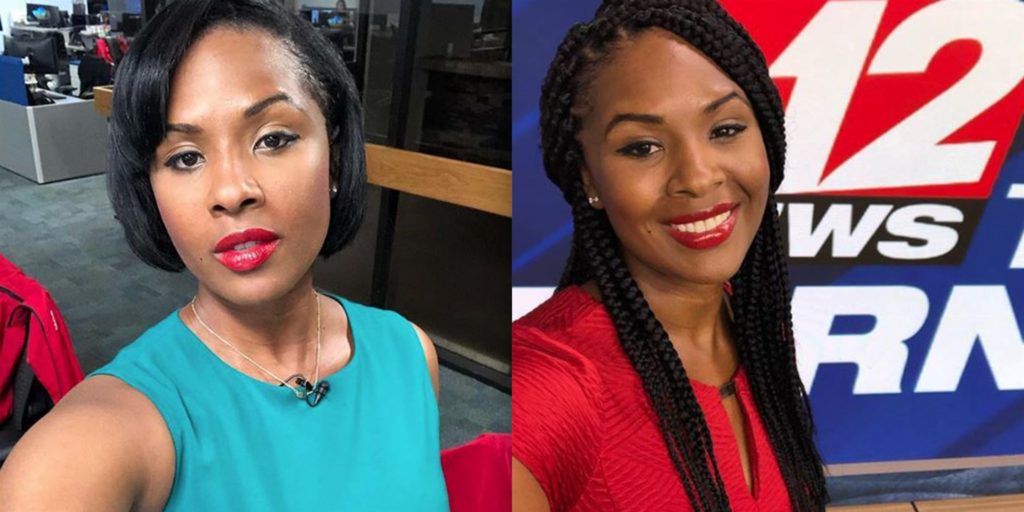 TV News Reporter AJ Walker says being allowed to wear her hair in braids after 10 years in the field, she hopes it inspires other black women and girls and “sends a very strong message that you are acceptable the way you are” and hopes “[p]eople turn on the television and they see someone with hair that looks like theirs, and … it makes them feel like it’s OK to look like that.”

Walker says she feels like a “barrier” has been lifted after she was allowed to wear her braids on-air for the first time.

Walker, who has worked at multiple news stations throughout her 10-year career, had always worn her hair straight on-air. Like many African American reporters, she straightened her hair because her supervisors considered the look more “professional” than braids or her natural texture.

“Having to always maintain the standard of beauty in television that will land you a job and keep you a job on-air, that look is generally straight hair,” Walker told TODAY Style. “It’s straight hair or it’s a long, straight weave. It can be a bob, a shorter bob, but it’s always straight. Coarse, kinky hair or braids is just not very often accepted in the news business.”

When Walker asked past employers if she could wear her braids on-air, the answer was always no.

“They just said, ‘We like your hair the way it is, you look good the way you are … That’s a really dramatic change, AJ, I don’t know if that’s something we want to do right now,’” Walker said. “It was always a roundabout way, but the end result was always me walking away without my braids every time.”

But when she landed a job at CBS 12 News in West Palm Beach, Florida, Walker decided to try again. She asked her station if she could wear her long braids on-air and, to her surprise, they said yes.

“I was really shocked,” she said. “I couldn’t believe it.”

Soon after, she wore her hair in braids on TV for the first time and said the emotional moment is “hard to describe.”

“I felt like I was overcoming a barrier that for 10 years I could never overcome,” she told TODAY. “This was something, an obstruction to me being my true self that had kind of limited me for years and years.”

Braids also hold a deeply personal meaning for Walker because the hairstyle makes her feel closer to her mother, who recently passed away.

“Growing up, my mom always braided my hair and she taught me how to braid hair,” Walker said. “It was really devastating when my mom died and I just was trying to find any way to hold onto her memory, so I just chose braids to do that because that was I guess the most important memory that I had of her.”

After she went on TV with her braids for the first time, Walker was flooded with messages from other African-American women who felt inspired by her story. Many thanked Walker for her bravery and shared their own stories of discrimination.

“I was actually fired from a corporate job in Atlanta a few years back for getting my hair braided,” one woman wrote on Walker’s Instagram page. “And the style was micro, so my braids literally looked like strands of hair, which I wore in a sleek bun. But I was told it was ‘unprofessional.’”

This prejudice against braids and natural hairstyles in the workplace isn’t uncommon, unfortunately. Last year, a reporter was fired from her local news station in Jackson, Mississippi, after she wore her natural hair on-air and was told it was “unprofessional.”

Walker also shared the story of a former coworker wasn’t allowed to wear her natural hair on TV.

“She showed up with her natural hair, and the news director called her in and said, ‘No, you cannot wear your hair like this on-air,’” she said. “And they picked out a wig for her, and she was wearing that wig the whole time I worked with her.”