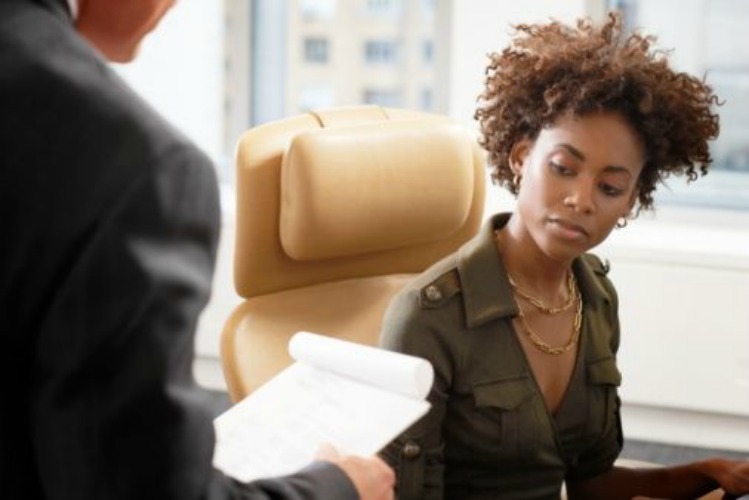 You might have read about or personally know of stories where an employer encourages a black female employee to cut their dread locks or trim their afro or twists in order to retain a job or get better assignments or client contact. Well, a new study confirms that many people — including black people themselves –have a bias against the types and styles of natural hair worn by black people.

The Perception Institute is “a consortium of researchers, advocates and strategists” that uses emotional and psychological research to identify and reduce bias in areas such as law enforcement, education, civil justice and the workplace.

The Good Hair Study asked over 4,000 participants to take an online IAT, or implicit association test, which involves rapidly-changing photos of black women with smooth and natural hair, and rotating word associations with both. According to the study, “a majority of people, regardless of race and gender, hold some bias towards women of color based on their hair.”

The findings confirmed what a lot of us already know: bias is learned but the good news uncovered by the study is that the bias can be unlearned.

Another interesting finding is that, of those surveyed, “white women demonstrate the strongest bias — both explicit and implicit — against textured hair” in that they rated it as “less beautiful,” “less sexy/attractive” and “less professional than smooth hair.”

That bias lessens among white women who are in contact with real black women naturalistas.  Those who are demonstrate lower levels of bias. This finding is significant given that white women make up a large majority of female managers who decide what looks are appropriate for work.

When legal conflicts come into play, unfortunately, courts tend to rule in favor of employers.

Noliwe Rooks, aNoliwe Rooks, professor who writes about the intersection of beauty and race, said in an NPR article on this topic that for some reason, natural black hair just frightens some white people. “I have yet to come across an actual court case … where the texture of hair for another racial group has reached the point of a court case,” she said.

Just as personal contact with people with natural hair impacts perception, it is thus a good thing that more black women are skipping the creamy crack.

At the same time, demand for products for natural hair began to increase. Consequently, general market beauty products are also starting to cater to the natrual hair community. Note that L’Oreal purchased Carol’s Daughter in 2014 and a company dedicated to curly hair women of all races purchased Curly Nikki, and several other black-owned black hair products companies got bought out.

It also helps that natural is making mainstream debut on the heads of actresses like Yara Shahidi, Tracee Ellis Ross, and even reality TV show vixens.

The bottom line is that time, culture shifts and cultural integration in the workplace along with more mainstream media, TV and movie appreciation of natural hair will ultimately move the needle forward towards more wider acceptance to a point where these biases may be eroded or unlearned.